Xylitol - a Hidden Danger to Your Dog 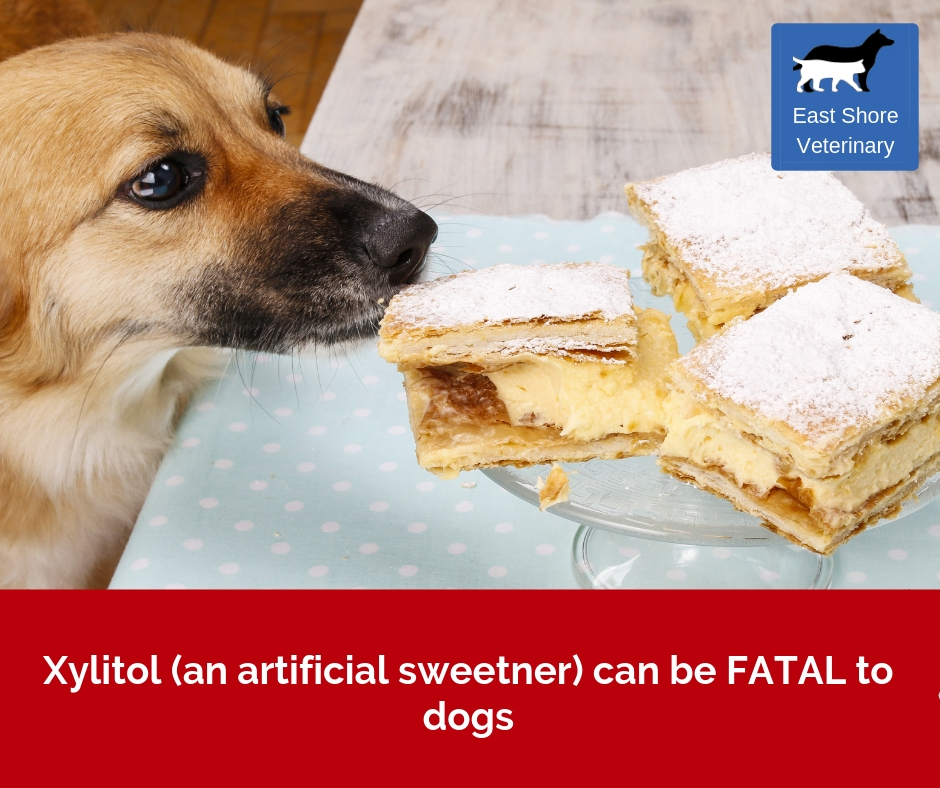 Xylitol is a sugar substitute extracted from corncobs or other plants. It replaces other sweeteners in industrial products such as chewing gums, mints, toothpaste, baked foods, candies, lotions, gels, deodorants, and other dental products. Even though Xylitol represents a healthy alternative in the human diet, it is a hidden danger to your dog. Veterinarians from Eastshore Vet, the best veterinary agency in Madison, warn us about its serious effects.

Xylitol - a Hidden Danger to Your Dog

Xylitol is known for its poisonous effects on dogs. Even small amounts may cause hypoglycemia, the condition when the level of blood sugar is too low. This state may further lead to liver failure and death. In a majority of cases, the biggest problem is lack of information. Many pet owners are completely unaware of the risks of Xylitol and how dangerous that candy they generously give to their dogs could be.

Why Xylitol is so dangerous?Insulin regulates blood sugar levels in dogs the same way as in humans. Even though Xylitol does no harm to humans and doesn’t force insulin production, it activates the pancreas in dogs that begins to generate large amounts of this essential hormone. Furthermore, the rapid insulin excretion causes the blood sugar level to drop, thus triggering hypoglycemia. This health condition could be fatal and requires immediate action.

How much Xylitol is too much?Even the smallest doses of Xylitol might be hazardous for your dog. The more Xylitol he eats, the bigger the risks of liver failure are supposed to be. Statistics have shown that chewing gum is the number one product that shows harmful for dog health. Some chewing gums contain only one gram of Xylitol per piece. Thus, only two pieces may lead to hypoglycemia, while 10 pieces of chewing gum could be fatal.

What are the symptoms?Symptoms appear soon after a dog has swallowed a product with Xylitol. It varies from 15 minutes to half an hour. Watch for the following signs of poisoning: weakness, tremor, vomiting, disorientation, walking problems, depression, seizure, and coma. Serious cases of Xylitol poisoning may trigger epilepsy and liver failure. If your dog shows the symptoms, don’t do anything on your own. Visit your closest vet, who will help your dog to overcome the detrimental effects of Xylitol - hidden danger to your dog.