Scientists Believe Your Dog Knows What You Are Saying 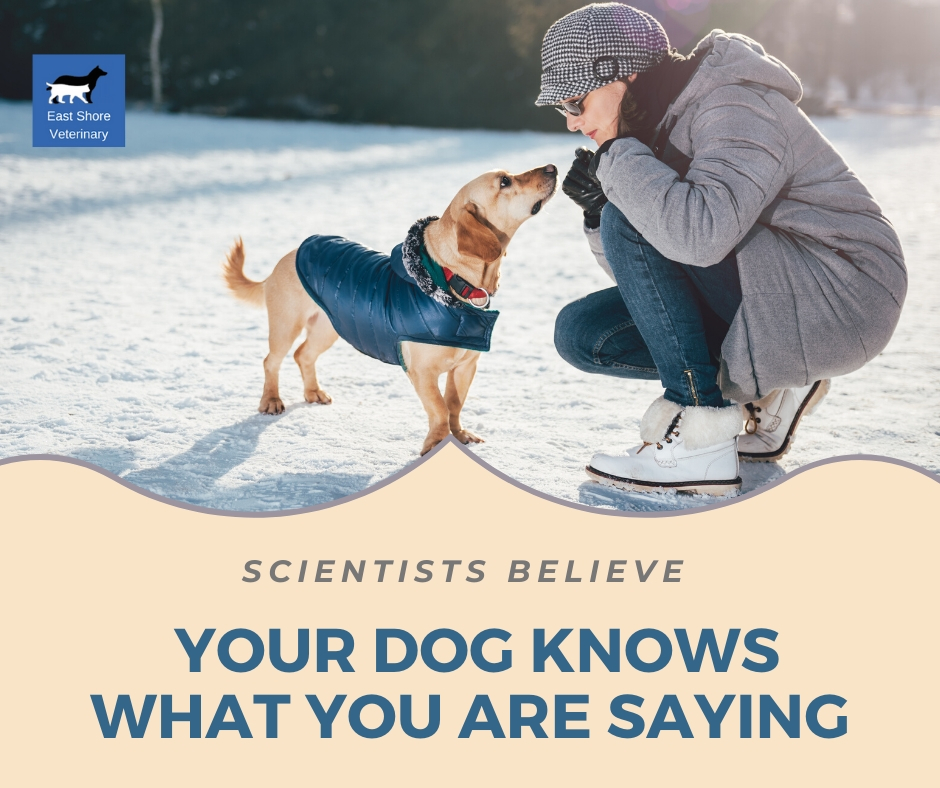 Until now, it was considered that dogs can recognize the tone of voice only, but a new study reveals much more about dogs cognitive abilities. The recent study led by Attila Andics from the University of Budapest, Hungary, has confirmed that the scientists were right. They believe your dog knows what you are saying. Veterinarians from Eastshore Vet, the best veterinary clinic in Madison, explain what the scientists come up with.

The study has been published on August 29th, in prestigious magazine Science. The importance of the study lies in the fact that scientists have found out that dogs could understand what people told them. Their abilities are not limited to the tone of voice. But, let's take a deeper look at how they come to the conclusion.

They selected 13 dogs and chose four dog breeds border collies, golden retrievers, German shepherd and Chinese crested. Before they've conducted the experiment, the researchers had to teach dogs to sit still while their brain activities were scanned by fMRI (a functional magnetic resonance imaging) scanner. The scientists used treats and a lot of patience to teach dogs the task.

After that, they told them words andphrases many of them used to hear from their pet parents like such a gooddog, or well done. They also applied words that didn't contain anyparticular meaning such as if and yet. To make things more complicated,they varied the intonation when speaking.

As a conclusion, they found out that theleft brain responded when dogs recognized the meaning of the words, and theright brain when they heard positive intonation. Consequently, dogs rewardcenter has been activated every time they heard praising word spoken in apraising tone. This helped the scientists understand that dogs could discernwhen you spoke pleasant words but you didn't mean it.

The study has confirmed that dogs similarly processed the words and phrases as humans. This finding is important because it doesn't only help scientists understand how dogs function cognitively but also helps dog owners understand how to communicate better with their furry friends.

At the same time, the study reminds us tobe more mindful about the tone of voice because the slight nuances mightimprove the communication between pet parents and their pets. Dogs indeed canspot the difference between the meaning and the tone of voice. But, what ismore important, they can integrate these two aspects of speech successfully.