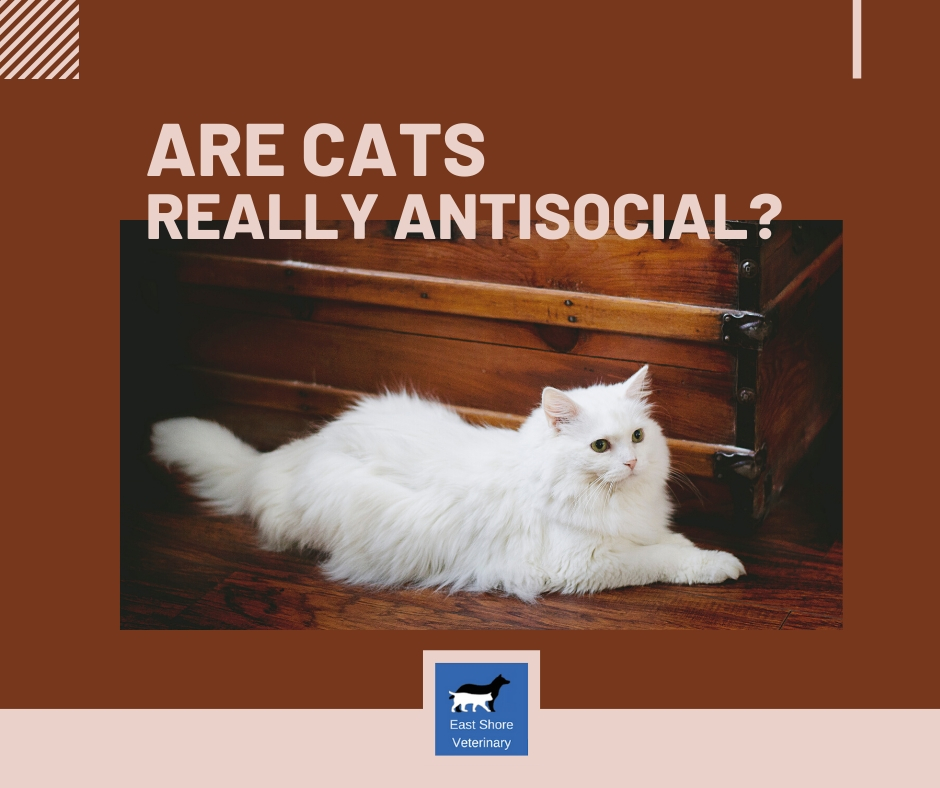 Many people believe that cats are antisocial because they seem aloof and self-sufficient. Cats don't act like dogs. They are less expressive and less dramatic. Feline nature is more enigmatic for humans who see many of their behaviors as weird because they can't fully understand their furry friends. To answer the question'are cats really antisocial'veterinarians from Eastshore Vet, the best pet hospital in  Madison, explore the subject deeply.

How Has This Bias Occurred?

Feline experts believe that the reason people believe that cats are antisocial lies in their domestication process. Unlike dogs, cats were domesticated gradually and a lot of later than dogs. Moreover, cats didn't depend entirely on humans as their canine counterparts. They needed to protect barns from pests in order to get some food. As a result, they've eaten their prey and didn't have to learn social strategies to get food from their owners as dogs had to.

Another reason for this human bias about cats might be that many people tend to see cats independence and self-sufficiency as asocial behavior. They prefer dogs way of showering them with affection, while cats serene commitment they usually fail to see. To confront this most common bias about cats, scientists have experimented and came up with interesting clues about felines social behavior.

The first study has been conducted at Oregon State University. Kristin Vitale, a Ph.D. student, worked with 55 cats to find out their preference. The researcher gave the cats four stimuli food, toy, catnip, and human interaction after 2.5 hours of abstinence. During that time, scientists refrain from feeding cats. They were stunned by the results the study has revealed that half of the cats prefer human interaction over food.

Another study conducted by Kristin Vitale has discovered that cats like to communicate with people who show interest in them. In the experiment, 46 cats half from the shelter and half pet-cats were roaming freely around people. Some people interacted with them, while others showed no attention. At the end of the study, scientists have found out that cats who got more attention were more communicative. It did not affect their social preference whether they were moving around their owner or other people.

Feline experts also believe that the first few weeks are essential for cats sociability. You may want to take special cat to young kittens and help them learn to cuddle and snuggle in your lap. Timprove the existing bond with your adult cat, you may also want to shower her with attention, as the study suggests. Nothing is more powerful for their social skills than sharing your love whenever you can.

BRANFORD LOCATION - OPERATIONS HAVE MOVED TO MADISON AS OF DEC 2022