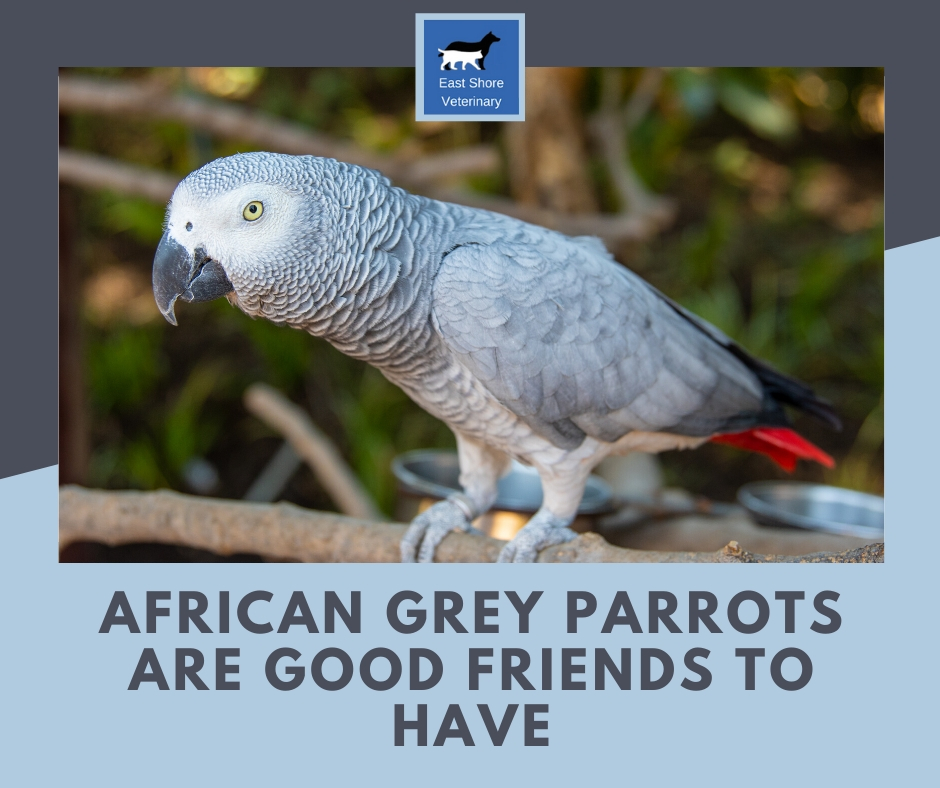 The recent study, published in the Current Biology journal, has revealed that African grey parrots have demonstrated selfless behavior toward their neighbors. They help each other even though they might get nothing in return. To find out more, veterinarians from Eastshore Vet, the best veterinary agency in Madison, share details about African grey parrots who show great empathy for their friends.

Cognitive biologists from the Max Planck Institute for Ornithology in Germany conducted an experiment with two kinds of birds African grey parrots and blue-headed macaws. They have placed two African parrots in separate compartments made of glass. The parrots might communicate with each other through the open hole.

Due to the experiment's purpose, the scientists left the open hole between one bird and the experimenter. They closed the hole in front of the second parrot who got metal tokens.

This way, they disable communication between the second bird and the experimenter.

Before the experiment began, the ornithologists have trained the birds to give tokens and get walnuts in return. The birds have learned to bring metal rings when they see an outstretched hand.

During the study, the first bird was passing tokens when the scientist stretched out their hand and got a walnut. Meanwhile, the second bird was carrying over tokens even though she didn't get anything inreturn. This way, the birds demonstrated the selfless when they passing tokens without any reward awaiting them.

On the other hand, the blue-headed macaw birds didn't share this selfless tendency. They weren't interested in sharing tokens and helping their friends benefit from it. When African grey parrots, on the other hand, reversed their roles, the more rings the first bird got, the more she was willing to pass to her neighbor.

Ornithologists explain this behavior by their social skills, marking them as pro social. According to them, African grey parrots live in a wide society where they get in touch with many different parrots and need to cooperate on various occasions. These situations motivate the birds to act pro socially and show their goodwill toward many birds of their flock. This might be some kind of survival instinct because their reputation is of the utmost importance when it comes to finding food and shelter.

On the other hand, macaw birds live in tightly connected small groups where they cooperate with a few birds only. Their relationships depend on their place in the family hierarchy and rarely change.Because of that, they don't need additional skills that may help them with everyday life.

This study includes African grey parrots into a group of animals that show empathy for their friends such as dolphins, rats, vampire rats, and a few apes.