Do You Know That Dogs Can Sniff out Disease? 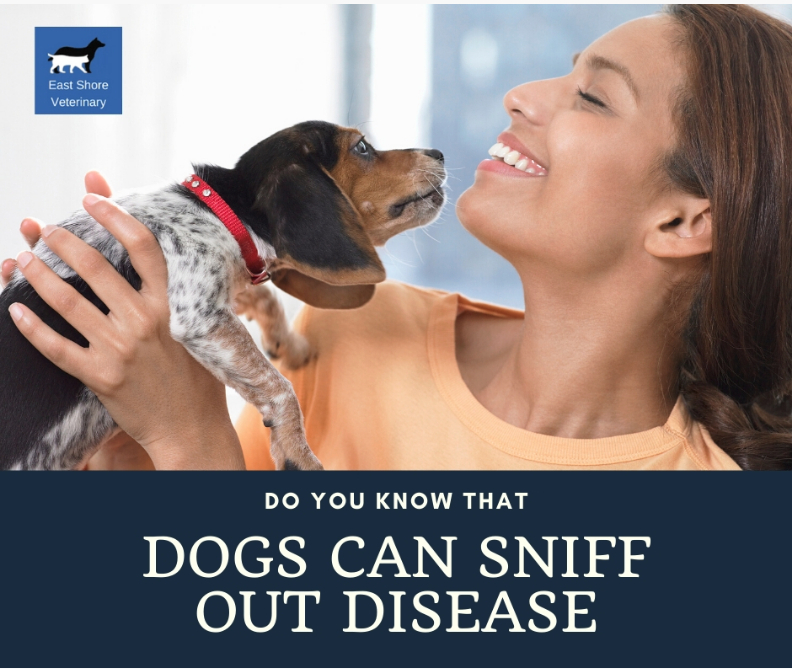 Many people report their dogs uncanny ability to sniff out disease. For some of them, it means rescuing their lives. The most known ability of dogs is to help their owners with diabetes. Their role in preventing hypoglycemic attacks is huge. But, how can dogs sniff out disease? Veterinarians from Eastshore Vet, the best animal hospital in Branford, explain it this way.

How Can Dogs Sniff out Disease?

Scientists are still baffling with this question. They suppose that every disease has a characteristic odor that humans can't notice. On the other hand, dogs can sniff out a certain chemical compound that causes the specific odor of disease.

The reason is simple dogs sense of smell is incredibly sensitive. Dogs possess 300 million olfactory receptors. Comparing with humans 5 million, it is clear that they are better equipped to recognize different smells and odors.

Moreover, dogs' brain responsible for processing different smells is about 40 times larger than the human brain. That fact enables dogs to sniff out the various diseases with more than 90 percent.

What Types of Diseases Can Dogs Detect?

Many studies confirm dogs fascinating ability to sniff out disease. They are especially good to work with skin swabs,urine samples, and saliva. With the percentage of about 90, they may detect breast cancer, prostate cancer, and even colorectal cancer.

By sniffing humans breath, dogs may diagnose lung cancer with huge precision, too. Scientists hypothesize that dogs may sniff out specific chemical components such as alkanes and benzene derivatives that are released by malignant cells.

Studies have also revealed that dogs show their marvelous ability to sniff out disease when detecting malaria. They may even detect the host of malaria mosquitos during the dry season when mosquitoes hibernate.

How It Can Be Used in the Future?

Dogs�?? ability to detect malaria might be used in airports and other border crossing points to prevent the spreading of the disease.

When it comes to cancers and other life-threatening disease, dogs may assist people who struggle with the disease like therapeutic dogs. Scientists also predict that dogs may work in laboratories where they will help people develop better methods to diagnose diseases.

Until then, you might want to respect dogs stunning ability to detect a disease. It will not harm you to schedule your checkup if your notice that dogs frequently sniff a certain part of your body. Especially if he didn't do that before.