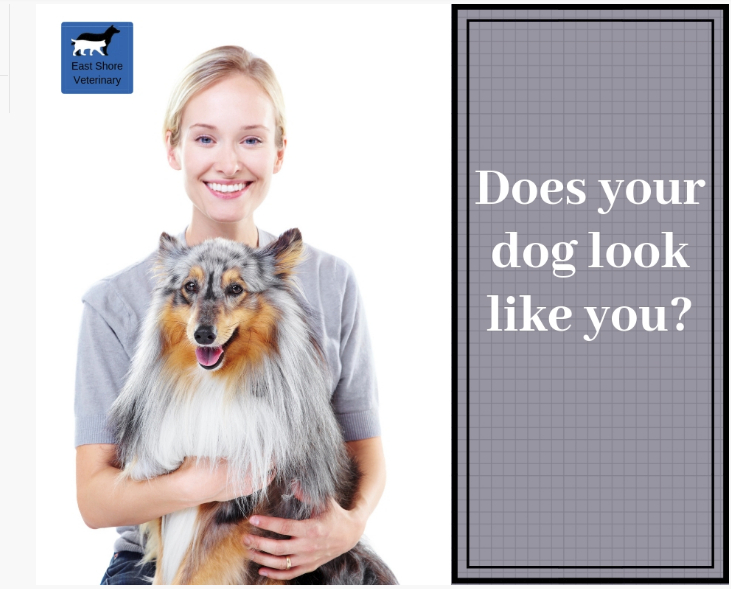 You may be already familiar with an idea that many people really look like their dogs. You’ve probably seen a strong muscular man walking his bulldog across a park; or a woman with a ponytail and blond hair sharing the same style with her little Maltese dog with a top knot; or an Afghan hound dog resembling his hairy owner, and the list goes on. While you might recall a lot of similar examples, the question is—what science can tell about this phenomenon?

Before you dive in into scientific facts, veterinarians from Eastshore Vet, the best veterinary agency in Madison recommend questioning your habits when your dog begins to resemble you. A study published in Royal Society Open Science reveals that obese dogs show similar characteristics and preferences for energy food like their overweight owners. Because of that, if you and your dog struggle with maintaining a well-balanced diet and lack of exercise you will start mirroring each other. However, you still can do a lot to change these habits.

What Science Has to Say About the Resemblance Between Dogs and Their Owners?

Many studies have shown similarities between dogs and their owners on a physical level. For example, in a recent study conducted by a Japanese researcher, Nakajima, where more than 500 people have participated, 80 percent of them have successfully paired dogs’ photos with those of their owners. Not only that the study confirms similarities between purebred dogs and their owners, but goes step further claiming that eyes are the key to the resemblance. In fact, participants successfully paired the photos when the eyes of a dog and an owner were not covered. On the other hand, when the eyes were hidden, a majority of participant failed to do the task correctly.

Scientists agree about the reason that lurks behind the physical resemblance of dogs and their owners. They attribute it to familiarity. According to them, people like familiar things and choose their friends and their cars due to similar characteristics. Because of that, a big man will choose a dog large in size, too. They also believe that people show more affection to children who resemble them physically and that’s why the same people select a dog who share the same physical features like theirs.